‘Winning is not everything when you see how happy people are.’ – Rina Fujiwara

“My mum always tells me that I got into tennis because I lost in my first tournament,” says Rina Fujiwara with a laugh.

She may have been a mere eight years old at the time, but her ambitious drive was already evident. That single-mindedness propelled her to the No 1 spot in Japan four years later, but it also led to an uneasy relationship with the sport.

In fact, Fujiwara only recently stepped onto a tennis court again—eight years after hanging up her racquet.

“I just played tennis this morning as my office has courts,” says the 28-year-old, sitting in a café not far from the Babolat office in Tokyo where she works as the company’s Japan community manager.

A perfectionist learns to lose

Rina was seven when she first took up tennis in her home town of Osaka, Japan’s second city. Tournament wins followed, including that junior all-Japan championship at 12. Her future looked bright and she moved to Australia to work on her game with local coaches and learn English.

“Before going to Australia, I was a champion, but when I came back, many of my peers had grown and become more powerful. I felt like I was not that good any more. There were also new, young players,” she says.

A self-confessed perfectionist from a young age, Rina says she always struggled with losing and had little confidence in her own ability.

“My expectations of myself were high,” she says. “After being No 1, it was never good enough. I was too hard on myself.”

While she racked up respectable domestic tournament finishes during her teenage years, she never regained that top spot. And by the time her competitive career came to a close at university, she had “accepted that it was OK to lose.”

Her unexpected recent dalliance with tennis is thanks, in part, to padel, a sport she started playing less than two years ago. Although adapting to a new format isn’t always straightforward, as she discovered at Japan’s national padel championship earlier this year.

“I still played like it was tennis. I didn’t use the walls at all because I couldn’t,” she says. “Naturally, I would go to where the ball is, but now I am better at playing it off the wall. That way of seeing the ball has been the toughest thing.”

Through practice, persistence and tips from more experienced players, Fujiwara is now a member of Japan’s national padel squad and ranked fourth among the country’s female players.

“It’s really fun, ” she says. “Recently, I’ve been playing three or four times a week, usually from 7 to 9 in the morning.”

A meditative approach to sport

Rina has also found a way to deal with the pressure that comes with any competitive sport: yoga and meditation. After taking a yoga class in 2017, she studied to become a qualified instructor.

“Yoga and padel are completely opposite. Padel is competitive, so it’s stressful but fun. If I do yoga, it helps me with flexibility and makes me feel calm,” she explains.

With yoga proving to be the harmonising yin to padel’s yang, Fujiwara has her sights set on improving her game further in Spain next year in preparation for the rescheduled Padel World Championship in Qatar.

But it’s not all about meeting the demands of competition.

“Before, I thought that winning was the most important thing about padel. But since I started to work for Babolat, I have had a chance to work at our events and teach a little,” Rina Fujiwara says. “Those moments are really enjoyable when I see how happy people are. Winning is not everything.” 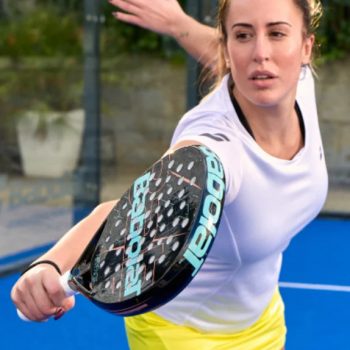 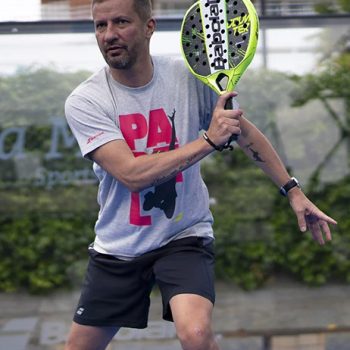 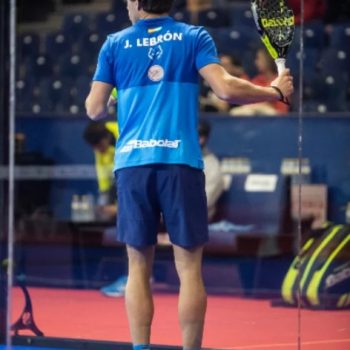